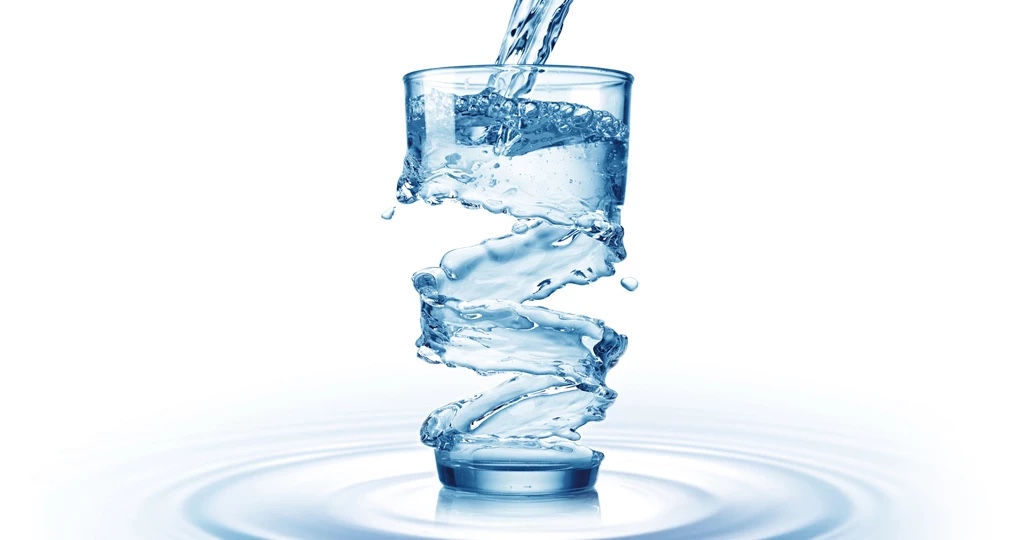 Soda giants like Pepsi and Coke aren’t bothered by this news because they sell their own brands of bottled water.

North America is by far the largest consumer of bottled water. Mexico uses the most per capita, but people in the United States are spending a ton of money on it, topping $15 billion in 2015 according to research by Mintel. Other estimates say Americans spend around $100 per person on bottled water each year.
Numbers comparing how much more expensive bottled water can be cover a wide range. Depending on what you purchase, drinking bottled water could be anywhere from 300x to 2,000x more expensive than getting it from your home faucet.

2. Many Brand Are Selling You Tap Water 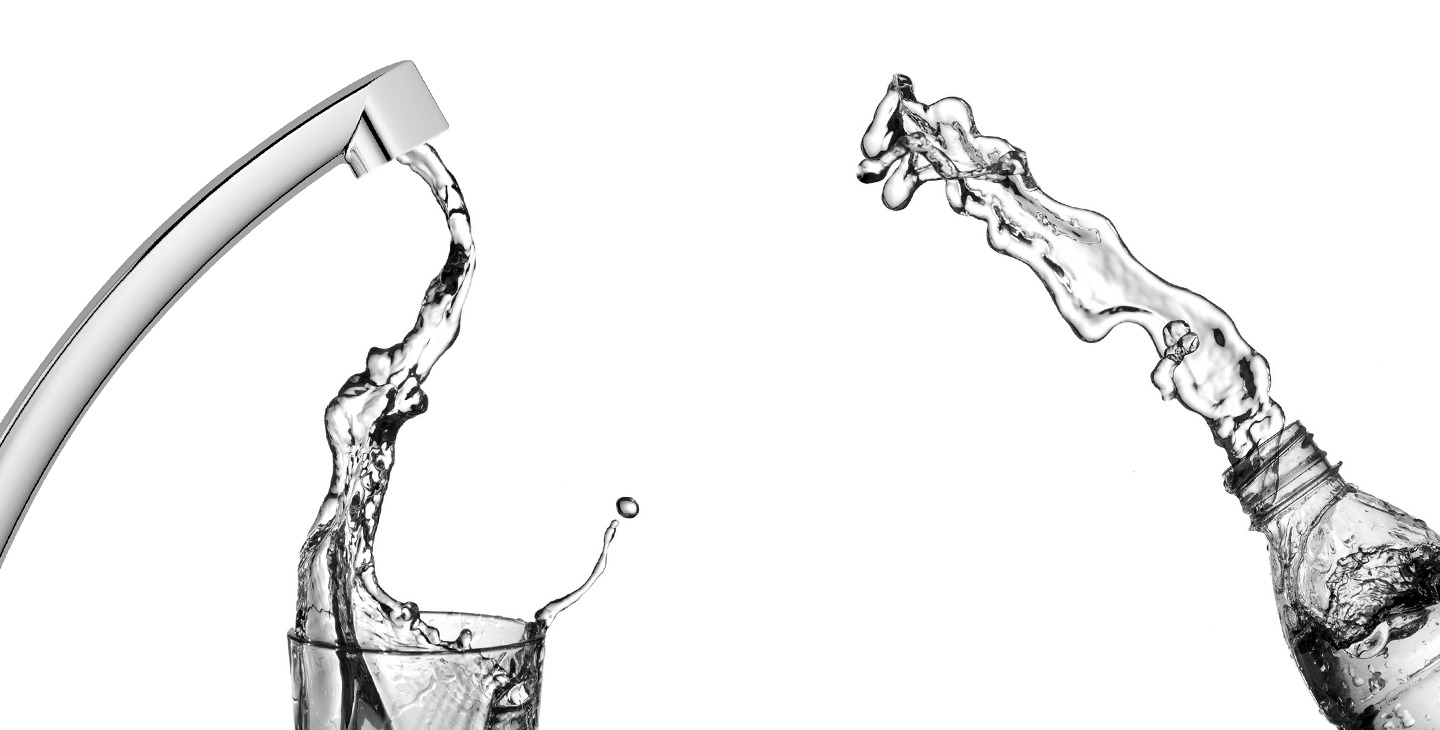 The quality of the bottled water you buy is going to vary quite a bit. Much of it is nothing more than municipal water that goes through some filtration at the bottling plant. The National Resources Defense Council (NRDC) estimates around 25% comes straight from the tap, and some of it isn’t even  treated.
Manufacturers of bottled water are good at marketing. They use the right words to make you think their product is the purest, most refreshing water imaginable.
Remember, water filtration is something you can do in your own home if you choose.
Do you ever drink Aquafina bottled water?
PepsiCo have admitted that its brand of bottled water is nothing more than filtered tap water, and the company was forced to change the labeling on Aquafina. Consumer groups are now targeting Coca-Cola’s Dasani brand of bottled water too.
Check the labeling on your favorite bottled water. If it says “Public Water Source,” you are drinking packaged tap water.

3. Bottled Water Can be Contaminated 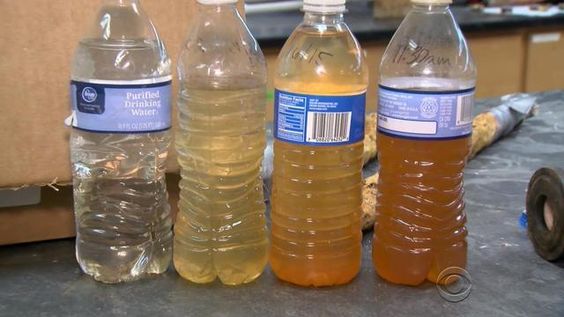 0%
Type caption (optional)
We’re not trying to scare you. Most bottled water is likely safe. However, the bottled water industry does not have a perfect track record.
An article from CBS.com reviewed recalls. The article lists common water contaminants like algae, types of bacteria, and chlorine. But it also mentions things like glass particles, mold, and even crickets found in Texas bottled water back in 1994. More recently, a North Carolina woman claimed she found larvae in her Dasani bottled water. Coca-Cola disputed the claim.
Keep in mind, while the FDA does have some standard for water bottlers, it cannot regulate water that’s bottled and sold within the same state. You have to look carefully to find the truth. In many ways, regular city water is more regulated than bottled water. 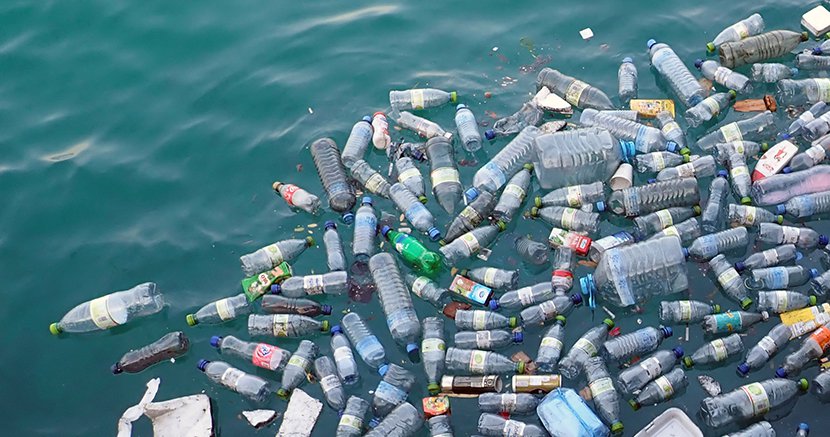 0%
Image Credit: Food & Water Watch
Drinking bottled water creates unnecessary waste. You might think that shouldn’t be a problem because water bottles can be recycled. Unfortunately, that’s not what is happening. The majority of those bottles end up in a landfill.
The Association of Plastic Recyclers reported that the recycling rate for plastic bottles reached 31.8% – a 1% increase year over year. However, that still means more than two-thirds of plastic bottles do not get recycled.
Two-thirds of 50 billion bottles a year is a lot! Americans are using 2.5 million plastic bottles every hour , and bottled water makes up a sizable chunk.
The waste created by plastic bottles isn’t even the worst of the environmental impact. It’s the production and transportation that is truly hurting the planet.
Peter Gleick is an environmentalist who authored the book Bottled and Sold , which criticizes the bottled water industry. He conducted a study estimating bottled water requires 2,000 times as much energy cost as tap water.
Gleick’s report , which was published in 2008 concludes:

5. Plastic Bottles Could be Harmful to Your Health

A big reason for the rise in bottled water is that many people are trying to be healthier. That’s great! Water is essential to a healthy body and mind, but plastic bottles could be an issue.
The biggest problem is BPA or bisphenol-A . According to the Mayo Clinic’s website “Some research has shown that BPA can seep into food or beverages from containers that are made with BPA. Exposure to BPA is a concern because of possible health effects of BPA on the brain, behaviour and prostate gland of fetuses, infants and children.” You’ll find a few bottled waters being marketed as BPA-free. However, some researchers are calling foul. They say the chemicals used to replace BPA may be just as dangerous. Read more about that in an article on The Huffington Post The recyclable PET plastic bottles may come with their own health risks .
Chemicals known as phthalates have the potential to leach from the plastic into the water. Phthalates are known endocrine disruptors, which means they have the potential to mess up your hormones.
This is more likely if you let your water sit in a plastic bottle for a long time and allow it to be exposed to heat or sunlight. This increases the risk of plastic breaking down and getting into the water.
NRDC tested more than 1,000 bottles of water and concluded, “There is no assurance that just because water comes out of a bottle it is any cleaner or safer than water from the tap.” Even the government has publicly stated that in-home water filtration is a better idea than bottled water if you want to be healthier. An annual report from the President’s Cancer Panel “Filtering home tap or well water can decrease exposure to numerous known or suspected carcinogens and endocrine-disrupting chemicals. Unless the home water source is known to be contaminated, it is preferable to use filtered tap water instead of commercially bottled water.”

6. Bottled Water May Not Even Taste Better

With all the money we spend on bottled water, you would think there is some sort of benefit. Even if it’s not healthier for you, it has to taste better, right? If it does, it’s probably the placebo effect.
Time after time, blind taste tests show most people can’t really tell the difference between bottled water and tap water, much less specific brands of water.
One of the most interesting taste tests involved Fiji bottled water. It launched a marketing campaign that made fun of Cleveland’s water. The campaign stated, “The label says Fiji because it’s not bottled in Cleveland.” Cleveland took offense to that and had Fiji water tested. Turned out, it contained 6.31 micrograms of arsenic. Then Cleveland held a taste test pitting Fiji’s water against the city’s. We bet you can guess who won.
Yes, we drink bottled water because we think it’s safe. But no, we don’t have to. A reusable metal water container can be refilled daily from your own AlkaWay UltraStream. You’ll feel great knowing you have ultra filtered, alkaline, hydrogen-rich water everywhere you go.

For example, if the server has eight GB of RAM, your VPS may get 1 GB of that eight GB of RAM. The essential thing, though, is that you by no means want to share that 1 GB of RAM with every person else – it’s one hundred percent yours.

To divide these resources, a VPS web hosting company makes use of some thing known as a hypervisor to create digital machines for every consumer on that server. It’s no longer truly necessary to recognize the science – you simply want to comprehend that every account on the VPS is absolutely remoted from the different accounts.

Let’s seem at housing as an analogy. A VPS is form of like a house building. If you very own a apartment in a building, that rental is one hundred percent yours. Your neighbors can’t simply commandeer your dwelling room due to the fact they’re throwing a massive residence party

What is a committed server?

In addition to probably getting you extra resources, the large benefit of this method is that you have full manage over the true bodily hardware interior your server and the software program that’s strolling on it.

For example, perhaps you select AMD processors to Intel processors – you have that stage of manage with a committed server. You can additionally manage each and every single piece of software program on that bodily hardware.

Let’s go again to the housing analogy. In this scenario, a committed server would be like shopping for your personal house. You’re the solely character who owns that constructing – it’s a hundred percent yours. What’s more, you have full authority to personalize the whole constructing as tons as you want.

If You Want Info Come Visit Us!

Scroll back to top -